What’s the difference between a Magician, Illusionist, & a Mentalist? 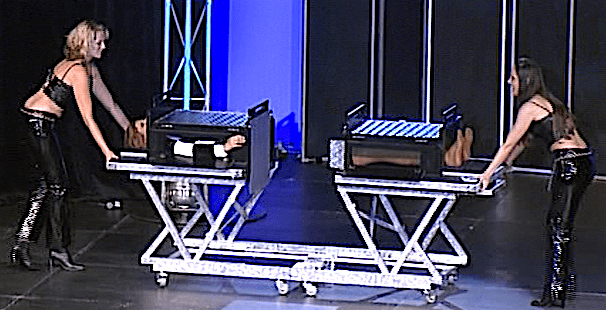 We often receive emails and phone calls from clients requesting an illusionist to perform at corporate events & private functions, & in many cases this is simply not possible due to the rooms capabilities.

In 99.9% of cases though, the client requesting an “illusionist” has something entirely different in mind.

We thought we would take a moment to explain the difference to help guide you towards finding the type of entertainer you are after.

While the magic of which a magician performs is technically an “illusion” in terms of not being actual “magic”, the term “Illusionist” is used to categorise or describe an entertainer who performs with large props on stage and often requires one or more assistants.

Think of Copperfield style BIG presentations, including illusions such as levitations, cutting someone in half, or transpositions (disappearing from one place and reappearing in another).

Grand illusion is highly visual and is an artform where, in most cases, language barriers are not an issue. Everyone can enjoy the visual spectaculars that are large scale stage illusions.

Cost. In order for these shows to take place, you will need adequate staging, and in most cases adequate theatrical stage lighting.

Quite often these shows not only require the use of assistants, but also stage crew & technicians, adding to the expense, not to mention costs of freight if travel is involved.

This one is fairly self-explanatory really. In most cases when we do receive emails or calls requesting an illusionist, a magician is in fact what the client is meaning.

Magicians are usually able to pack their shows into a few suitcases or small road cases. They vary greatly in terms of how their magic is presented. Comedy Magicians are quite popular, “Cardistry” experts are experts in playing card manipulation and will dazzle you with their visual displays of dexterity and card control, while classic magicians seek to awe you with their visual deceptions and story-telling abilities.

A good magician or comedy-magician can entertain on a full stage or a small stage (though many are best kept to smaller stages as they do not have the large illusions of which an illusionist has).

Comedy magicians will of course keep your audience laughing.

Some magicians have shows that can be performed everywhere, while some require specific conditions, such as an audience only directly in front of them.

The classic magicians usually cannot perform with anyone behind them. Obviously in most cases an audience will only ever be in front of the performer, but most will only perform if there is a wall behind and no one directly to the sides.

Travel is usually relatively easy, as their shows often pack down into a few suitcases or a small road case.

Magicians are often solo, or use one assistant.

Many of these routines have been seen before. There are a few exceptions who do create their own content and are unique as entertainers.

“Mentalist” or “Mind-Reader” is a term used for an entertainer who performs in a similar manner to magicians, with the exception of rather than their hands being the dexterous tools for generating astonishment, they use refined mental skills & what is referred to as “Psychological Illusion”.

Mentalists perform absolutely mind-blowing routines that are ever-evolving. As their tools are not simply prop-based like magicians and illusionists, their creative canvasses are somewhat more broad.

A good way to describe a mentalist would be the end result if you were to cross a magician with a “psychic” medium, and the impact is quite powerful.

It’s worth mentioning that within the realm of “Mentalism” is what’s known as “Mental Magic”, which are essentially magic routines disguised as mindreading.

Each mentalist generally speaking, performs mental magic to a degree. If you imagine a sort of sliding scale between “purists” who are well-versed in genuine psychology & human behaviour, and magicians performing “Mental magic”, then all mentalists sit somewhere along that scale.

A good example of a good mentalist is one who performs hypnosis as well. They may not perform it in their mentalism shows, but at least you know they are not simply magicians performing only tricks designed to look like a mentalist.

Can generally perform in any setting

There are not many proficient mentalists in Australia

Unless dedicated production exists in the individual entertainers show, these shows tend to not be as visual. Some entertainers have adequate production, some don’t.

Generally dependant on an understanding of the English (or native) language.

Don’t forget that there are realms within realms as well. For example, Magicians also include Roving Magicians – Magicians who perform close-up miracles right in front of your guests faces and often in their own hands, as well as  Comedy Magicians, a blend of stand-up comedy and magic rolled into one.

If you’re looking for help with choosing your entertainment, please don’t hesitate to Contact Us today!