What is a Mentalist? 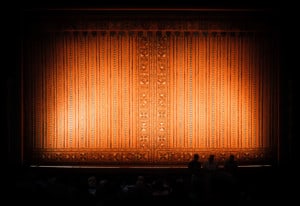 Everyone loves a magician. What’s not like about an entertainer who exploits human visual, auditory and sensory perceptions to perform seemingly impossible tricks? However, a new master manipulator has entered the entertainment arena. The mentalist. No, I’m not talking about Simon Baker in the American drama series of the same name. I’m referring to the art of mentalism and the mentalists who demonstrate these extraordinary mental abilities. So, what is a mentalist? I hear you ask and ‘what does a mentalist actually do?’ Well, let me tell you.

Mentalists are performing artists or entertainers who appear to be “psychic” and demonstrate highly developed mental or intuitive feats such as telepathy, telekinesis, and mind reading. There have been accounts of these soothsayers throughout the ages, as the art of mentalism dates back to ancient times and the accounts of the oracles in ancient Greece who were purported to be able to see the future. There are reports of mentalism performances in the late 1500’s by renowned magician Girolamo Scotto, who astounded crowds with his sleight-of-hand techniques, at the time, believed to be supernatural powers.  More recently, modern mentalism can be traced back to 19th century “psychics”, spiritualists and mediums who claimed to possess supernatural powers of the mind and were often put to the test to prove their abilities.

Contemporary mentalists use a combination of misdirection, theatrical trickery, mental mathematics, keen observation, and sophisticated sleight in their stage acts to perform astonishing and jaw-dropping shows that leave their audiences simply spellbound. Some claim to possess supernatural mind-based skills; others believe they are are masters of misdirection and cunning perceptual manipulators. Whilst the debate continues in the sphere of magic, there is no denying mentalists are extraordinary artists.

To understand what is a mentalist and more about mentalism one needs to know the difference between a magician and a mentalist. This distinction can often be subtle, as there are mental magicians nowadays using a hybrid of skills. Traditionally, magicians entertain their audiences by performing magic tricks combined with the skilful art of illusion. These masters of theatrical artifice ask the audience to allow their imaginations to run free and suspend their beliefs for a time, and just enjoy the magical illusions.

This new genre of entertainers use aspects of a magician’s craft combined with an understanding of human psychology. Modern mentalists often mix traditional magic tricks with their mental manoeuvres in what is a combination of psychological skill, suggestion and charisma that astonishes and masterfully engages audiences. Mentalists have a keen eye, possess advanced memory techniques, can artfully read one’s body language as well as lip-read, are adept at hypnosis and sleight of hand trickery, and know how to use misdirection to their advantage. In effect, their trickery is based on reality. Using their mental prowess, mentalists manipulate the audience’s memory, subliminally influencing their thoughts via the subtle technique of psychological suggestion.

There are many tricks of the mentalism trade that enables these skilful artists to perform astonishing feats such as knowing what someone has written or drawn without seeing it (psypher), guessing a number from 10-60 with 100% accuracy every time (powerball 60), and making highly probable predictions by reading subtle non-verbal behaviours (cold reading).

The result is an amazing combination of magic, illusion and cognitive manipulation that defies logic and has us questioning what we are seeing, heralded in a new era of entertainment.  Whether displaying supernatural mind-reading abilities, hypnotising people or bending objects with the power of their thoughts, mentalists generate astonishment in a world full of scepticism. Their powers of persuasion are so accurate we start to question our perception of what is real. Alas, we are left stumped and start to believe that they in fact do possess superhuman mental abilities.

I’m sure many of you reading this may be sceptics about what is a mentalist. You may even think you are ‘unreadable’ or that you can’t easily be fooled. Perhaps you think you’re mentally prepared for the mind-boggling exploits of these master mesmerisers and mental manipulators. The only way to know for sure is to consider hiring a mentalist for your next event. Get up close and personal. Attempt to ‘spot the trick’. Enter their arena and see first-hand the mental magic they perform for yourself. Does this answer what is a mentalist? Yes. Will you be amazed? Yes. Will you spend months trying to figure out how they did it? Definitely. Will you be safe? Absolutely. These are world-class entertainers who have honed their skills. The aim is to provide unique and fun entertainment, not embarrass or put anyone in harm’s way.

Supernatural ability or natural skill? I guess you’ll have to decide for yourself after you experience one of these exciting shows. Contact Action Entertainment today to organise a mentalist to perform at your next event.

← What does it actually feel like to be hypnotised? What Is An Illusion? And What Do Illusionists Do? →