What does it actually feel like to be hypnotised? 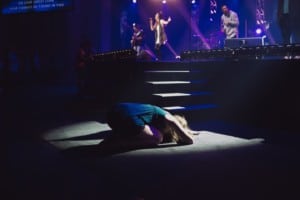 And Should You Get Hypnotised?

The idea of hypnosis is an old and enduringly fascinating phenomenon. For millennia, many cultures and religions have regarded the practice being hypnotised as a form of meditation. This state of human consciousness involves a decreased peripheral awareness, an apparent loss of voluntary action, heightened focus and concentration, as well as an enhanced capacity to respond to direction and suggestion. Unlike when we are asleep, the hypnotised subject is alert the whole time. They are aware of their surroundings and hear what a hypnotist is saying to them. Theories abound in an attempt to explain what occurs during hypnosis. Some believe hypnosis to be a trance-like state or an altered state of mind marked by a sub-conscious level of awareness. Others believe it is role-enactment involving imagination. Nevertheless, science cannot explain the mechanics behind this phenomenon, which is why it continues to fascinate.

Hypnotism has made its way into the world of modern medicine. Countless professional therapists use hypnosis to treat many addictions like smoking as well as to help eliminate feelings of fear and mild anxiety. Although clinical hypnotherapy is a popular alternative healing technique, I don’t want to discuss hypnosis in the clinical arena. What I would like to discuss are the mesmerising talents of a stage hypnotist. I want to delve into how these master mesmerisers can compel a stage full of people to behave not of their own volition, those who can enchant an audience with their blend of comedic and hypnotic talents. Admit it. You’re curious. I guess you must be wondering how they do this. In fact, you are probably wondering what ‘being under’ must feel like.

We’ve all seen a movie or watched a TV show about hypnosis where people are acting normally, and then with the words ‘you are feeling sleepy’ and the click of one’s fingers, they fall into what appears to be a deep sleep. One more click and they start acting in bizarre ways — some cluck like chickens, others bark like dogs, some forget their own names, others eat an onion believing it to be an apple, and on it goes….click, click, click. Silliness and laughter ensues and we are left wondering what exactly happened and why anyone would subject themselves to being placed under a hypnotist’s spell. Nevertheless, there are many amazing hypnotists who perform spellbinding shows and people are lining up to get on stage.

So what does it actually feel like to be hypnotised on stage? Well, it’s generally an enjoyable and fun experience. People overwhelmingly report feelings of relaxation. Some report the sensation of floating whilst others report a feeling of heaviness and, there even are those who describe feeling calm akin to the serenity that surrounds you when meditating.

To give you an idea of what this feels like, think of a time when you have been driving a car and realise you don’t remember taking a turn. Consider a moment when you have been so engrossed in a book that you couldn’t hear someone calling your name. Or simply think of a time when you have been ‘lost in thought’. These sensations are usually pleasant. This is the best way I can describe what it feels like to be under hypnosis. Being hypnotised can also provide a sense of freedom and confidence not ordinary experienced by people in their daily lives, which largely relates to feelings of disinhibition experienced during this altered state. This allows people to become extroverted and engage in behaviours they would normally find uncomfortable or impossible to do in their normal waking state. However, one needs to remember that people volunteer to go up on stage and undergo hypnosis. They aren’t forced to participate and essentially, they won’t do anything they don’t want to do.

Stage hypnotists use their showmanship and powers of suggestion to engage and entertain audiences, not embarrass those ‘under their hypnotic spell’. They want to leave both the audience and the willing participants feeling a sense of awe and amazement. And they succeed every time! Being a part of these hypnotic stage shows feels empowering even though you are ‘under’ the spell of a master mesmeriser. And for your friends and family watching, it’s full of action and wickedly entertaining.

So what does it feel like to be hypnotised? Fun! But don’t take my word for it. Try it out for yourself. Contact Action Entertainment today to organise a hypnosis show.

← Magicians and Why You Need More Magic in Your Life What is a Mentalist? →