What Is An Illusion? And What Do Illusionists Do? 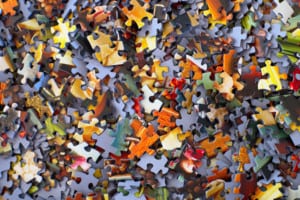 Many of us have watched a magic show and seen masterful entertainers perform tricks that have us second-guessing what we have actually seen. In front of our very eyes, they make objects levitate, they disappear only to reappear across the room in a matter of seconds, and they cut someone in half. What does this all mean? And exactly what is an illusion?

Logic tells us what we have seen just can’t be real. However, given that we rely on our senses to help us experience the world around us, we start to think that perhaps we did see what we think we saw. After all, everyone is familiar with the old proverb ‘seeing is believing’ — this notion that you need to see something before you can accept that it really exists or occurs is precisely why we start to think that what we saw actually happened.

Nevertheless, how can we believe what we have just seen? We think we know that it is not possible to levitate or to disappear and reappear. Despite this, we are in awe of these tricks that seem to defy the laws of nature. Are our senses failing us or is this just our mind playing tricks on us?

So What Is an Illusion?

To understand the science behind these illusions and what is an illusion we need to understand what illusionists are and what they do. Firstly, there is a slight difference between a magician and an illusionist, as illusionists may be magicians but not all magicians are illusionists. Magicians often perform close up sleight-of-hand deceptions such as card tricks or classic cups and balls tricks. Generally, magicians don’t require large props.

Illusionists, on the other hand, are distinguished from magicians by the size of their tricks. These entertainers often use large props and special effects to perform dazzling tricks. Nevertheless, both amaze audiences by getting them to perceive things that actually didn’t happen. As one of the oldest art forms, magic has existed for centuries and its enduring appeal lies in the perception that we, the audience, get to experience the impossible.

Modern day illusionists perform a variety of tricks using a combination of magic, misdirection, and well-crafted skill. They spellbind audiences with masterful illusions, appearing to manipulate space and time with their levitation and vanishing manoeuvres. How do they do this?

Cognitive science suggests these performers are well versed in human psychology, thus know how to ‘fool’ our brains. Essentially, they understand how our mind works, and are adept at manipulating and exploiting limitations in the workings of the brain.

All magicians use clever psychological techniques to perform acts that distort our perceptions by misdirecting attention and exploiting awareness. The tricks and illusions resulting from this manipulation of the human mind not only baffles audiences, but also produces mesmerising wonder that allows us to experience the impossible.

An illusionist’s effects provide insight into the human mind, in particular, our perceptions and cognitions. As humans, we learn to trust our sense of vision, allowing it to influence our thoughts and behaviours. This is why ‘seeing is believing’ is such a pervasive idea — we only believe something once we see it with our very own eyes.

Human perceptions are formed by combining two processes. One is bottom-up processing of sensory information as it is coming in — what you see is what you get. The other is top-down processing — perception that is influenced by our existing belief systems, expectations, experiences, and previous knowledge.

This combination of information and knowledge helps us make sense of what we see.  Our eyes send this visual information to our brains, which then processes these images, using them to make assumptions and predictions about the world. As one can never predict something with 100% accuracy, errors occur. And it is precisely these errors in human perception that magicians manipulate and exploit. This is when the true magic happens.

The skilful methods employed by master illusionists such as misdirecting attention, exploiting awareness, and distorting perception produce stunning effects that deceive and entertain and explain what is an illusion. Does understanding the psychology behind these illusions and tricks of the mind make them any less magical? I think not. In fact, I think it adds to the appeal as we try to ‘spot the trick’ or catch the magician out in our attempts to understand how they did it.

The impossible illusions these practitioners create have enthralled people for millennia and continue to spellbind audiences today. Such is their wizardry. Who really cares how the magic is performed? Instead of being disillusioned by these misinterpreted perceptions of sensory experiences, we should just enjoy the artistry of these master manipulators and see these illusions for what they are — magical moments.

← What is a Mentalist? Our Top Five Corporate End of Year Entertainment Ideas →