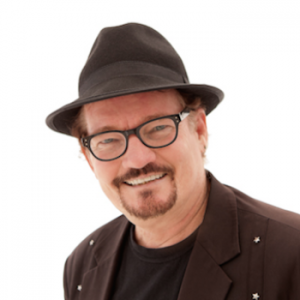 Dave Lord will bring that special touch of magic to your event. Having been a professional magician for over three decades, Dave knows just which strings to pull to create laughter, wonder, excitement and fun!

Dave Lord is recognised as being one of Australia’s funniest magicians. As such, he works both nationally and internationally. He has an act which is perfect for any audience regardless of age or situation. From entertaining the smallest group of people in the intimacy of a restaurant, to cabaret, or a stage spectacular in front of thousands, Dave’s show is guaranteed to be appropriate.

Dave’s track record in the corporate market is well known and well respected. Dave worked with Kodak for nearly ten years as the Kodak Wizard. During this time he learned valuable marketing skills as part of the Australasian marketing team. Following that he performed with the Baker’s Delight team as Billy Baker, the company mascot, for four years. A multitude of companies have benefited from Dave’s expertise and his unique accent on being the best ambassador possible for their corporate image.

If you ask Dave what the perfect event would be to showcase his skills it would be weddings. Close-up roving magic is ideal for that gap between the ceremony and reception. It serves as the perfect ice-breaker, and gets people talking, laughing and interacting. Dave can also act as a magical M.C. to keep the excitement going during the wedding reception.

If you are looking for a real treat for your private party, whether it is a birthday party, wedding anniversary, buck’s and hen’s nights, or school reunion, Dave will always be a great choice for entertainment. Because Dave has the ability to edit his presentation on the fly, the content is guaranteed to appeal to all ages and all demographics. There is no audience that Dave can’t entertain. He has performed at a buck’s party for the Hell’s Angels, and at the funeral for a young child. If he can do that, then you know your gig will be a guaranteed success!